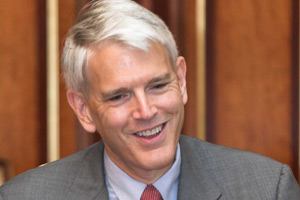 Steven Pifer: “You have some people in Europe and the US asking if it is time to apply possible restrictions on certain Ukrainian officials”.
In his interview with The Ukrainian Week, Steven Pifer, former US Ambassador to Ukraine and now expert at the Brookings Institution, talks about official Kyiv running out of room to maneuver in the international arena.
U.W.: You previously said that Ukraine will get weaker in negotiations with Russia and lose its ability to defend its interests if democracy in the country is scrapped. Could you elaborate on this?