By Paul Goble |  Windows of Eurasia 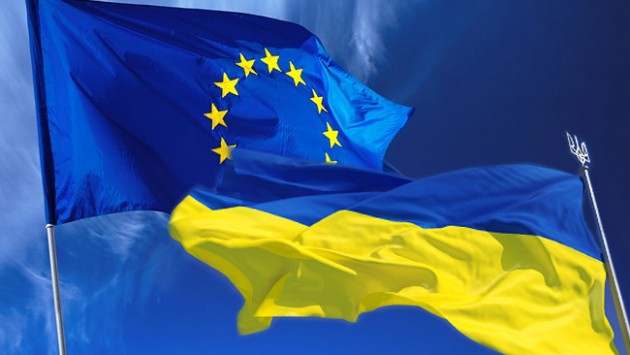 Staunton, June 4 – Moscow propagandists have criticized the plans of Ukrainian President-elect Petr Poroshenko to attend the 70th anniversary commemorations of the D-Day landings in Normandy suggesting that Ukraine was not one of the allied countries and that Ukrainians supported the Nazis.

But those implications are untrue, Yury Shapoval, a member of the National Academy of Sciences of Ukraine, says, and in fact, “Poroshenko is going to France as the representative of a people which made an enormous contribution to the victory over fascism” (ng.ru/politics/2014-06-03/3_kartblansh.html).

In an article in yesterday’s “Nezavisimaya gazeta,” the historian cites the words of “Saturday Evening Post” writer Edgar Snow in January 1945 that the eastern front during World War II was not so much an example of “Russian glory” but  rather “in justice should be recognized in the first instance as a Ukrainian war.”

“World War II was for many reasons a ‘Ukrainian’ [conflict],” the Kyiv author says.  On March 15, 1939, Hungarian forces invaded Carpathian Ukraine, “which had just proclaimed state independence.” The Ukrainians fought back against what was the first military attack by an ally of Hitler, but they lost and were absorbed by Hungary.

And at the other end of the war, on September 2, 1945, the Ukrainian historian continues, “a young general of Ukrainian origin, Kuzma Derevyanko signed the act of capitulation by Japan on the American battleship Missouri.”

The war passed across Ukraine twice, once “from west to east” and then “from east to west.”  On its territory were at one time “up to 60 percent of the divisions of the Wehrmacht and almost half of the military units of the Red Army.” In the latter, there were between six and seven million Ukrainians.

Although Moscow has done everything it can to understate the Ukrainian contribution, there were more than 300 generals of Ukrainian origin in the Red Army. The number was in fact larger. Although Shapoval does not mention it here, officers of Ukrainian origin were allowed to change their nationality to Russian upon reaching the rank of colonel.

And the Ukrainians showed they knew how to fight. Nearly one in every five Soviet soldiers named a hero of the Soviet Union was a Ukrainian. Of the 115 who were given the award twice, 32 were Ukrainians, and ne Ukrainian – pilot Ivan Kozhdeub -- received it three times.

Ukrainians did not just fight in the Soviet Army or on the territory of their republic, Shapoval points out.  Between 35,000 and 50,000 Ukrainians served in the Canadian military during the wr, approximately 11 percent of that country’s uniformed services. Almost 40,000 Ukrainians took part in the Overlord operation as part of the American military.

Five thousand Ukrainians in France fought  in that country’s Foreign Legion, and many rose to leadership positions in the Resistance. Every eighth member of General Vladyslav Ander’s Polish forces was a Ukrainian, even though in most cases, they called and were called Poles.

“The Ukrainian theme sounded loudly and tragically in the apocalyptic symphony of the Second World War,” the Kyiv academic concludes. “One should not forget about that,” however much Russian propagandists and those elsewhere who follow their lead try to obscure the facts of the case.

Poroshenko thus has every right to be in Normandy as the representative of a nation which gave so much of its blood and treasure to defeat the common enemy of the United Nations. That is especially the case because unlike the Soviet Union which Vladimir Putin likes to celebrate, Ukraine did not use the end of the war for liberation to enslave others.

Email ThisBlogThis!Share to TwitterShare to FacebookShare to Pinterest
Labels: WWII