Putin to Ukraine: No merger, no gas talks 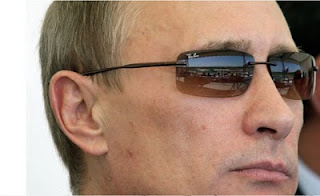 Russian Prime Minister Vladimir Putin did not discuss gas issues with Ukrainian President Viktor Yanukovych and Prime Minister Mykola Azarov during his visit to Kiev on 27 October. “Actually, our prime minister (Azarov) made some attempt to raise this (gas) issue, but it was not a success because the idea of Putin is widely known: He wants the merger of (Russian gas monopoly) Gazprom and (Ukraine's energy company) Naftogaz,” a government source in Kiev told New Europe on 28 October on the condition of anonymity. Azarov was quoted as saying by the press on 25 October that he would, during his meeting with Putin, seek a reduction in the price of Russian natural gas sold to Ukraine. Ukrainian energy officials have also called in recent weeks for increases to the transit fee paid by Russia.
Putin mentioned that Russia already made huge concessions to Ukraine regarding the issue of price, the source told New Europe, adding that Russia has clearly stated its conditions. “We tried to persuade them, let’s make a deal, let’s revise the contract conditions, but unfortunately Putin was very firm,” the source added.


Putin said in April a merger was advantageous for Ukraine, which is struggling to refurbish its natural gas transportation system. RIA Novosti quoted Azarov as saying before the 27 October talks that what Gazprom wants out of any deal is to control, not cooperate with, Naftogaz. "The merger in conditions when the companies have incompatible capitalization or, to be more exact, incomparable with each other is called a takeover rather than a merger," Azarov said. "No country possessing such a prize asset as its gas transportation system, its gas and oil refining capacities would agree to such a merger."

But Russia and Ukraine on 27 October initialed a deal on oil shipments to Europe. Russia's Energy Minister Sergei Shmatko said Moscow and Ukraine had resolved a potential conflict over oil transit fees and volumes, with Russia committing to ship a fixed volume of crude through Ukrainian pipelines, through 2015. The source told New Europe all agreements, including aircraft manufacturing and shipbuilding deals, concluded are very practical and of great use to Ukraine. “But with gas it’s quite different. We (Ukraine) have a deal and if we want to revise the terms of this deal we must make concessions ... We have the opportunity to obtain gas from the Russian Federation, they give the control of some gas fields to Ukraine, but they receive the absolute control of our transportation system,” the source said.

Ukraine has acceded to the European Energy Charter and adopted the law on the gas market. Azarov was quoted as saying by the press ahead of Putin’s visit that the existing gas deal with Russia categorically does not suit Ukraine. The Ukrainian premier tried to raise this issue, but to no avail. As the source told New Europe, “After Ukraine signed the energy charter with the European Union, we thought that the conditions somehow have changed, but from the point of view of the Russian Federation nothing has happened in this issue so their terms are received as follows: The merger and no other discussion.”
KGeropoulos@NEurope.eu
follow on twitter @energyinsider