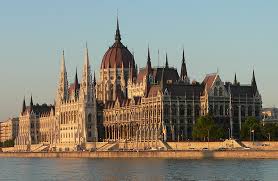 Eastern Partnership and EU-Ukraine relations risk being eclipsed by several high-profile events taking place in 2014, he said. Hopefully, member states which are currently undecided on the agreement will sign the pact in the end, he added.
Tibor Navracsics, a deputy prime minister, said that Hungary has gained lots of experience over the past three years that could also be useful for Partnership countries.
The Eastern Partnership is aimed at enhancing relations with the post-Soviet states of Armenia, Azerbaijan, Belarus, Georgia, Moldova and Ukraine.
Post-communist states should have joined EU earlier, PM says
Post-communist countries should have joined the European Union just after the collapse of their dictatorships, Prime Minister Viktor Orban said on Monday.
Had they joined then, the EU would be in a stronger position today, Orban said in a lecture at Helsinki University.
Orban, paying a one-day official visit to Finland, also said efforts to integrate Balkan countries into mainstream Europe should press ahead, he said.
A strong Europe requires strong nations, he said.
No comments: