Putin's new diversion on the eve of NATO Summit 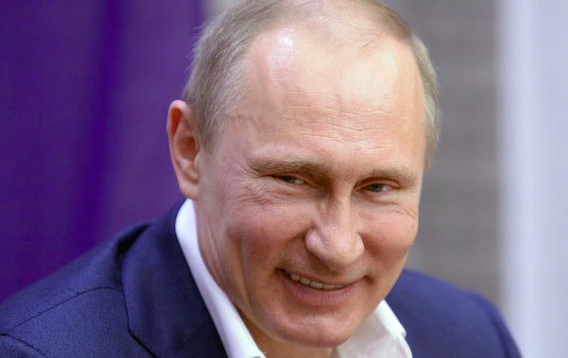 As it became known, a new meeting of leaders of "Norman Quartet" (Russia, Ukraine, Germany, France), Vladimir Putin, Poroshenko, Merkel and Francois Hollande could take place in early July, before the NATO Summit in Warsaw. The German newspaper Stuttgarter Zeitung writes, citing a source in the government. According to the publication, the preparatory meeting with representatives of the four countries took place last week. "Ideally, the meeting of Heads of State Summit to be held July 8-9 North Atlantic alliance to reduce tensions," - said the source.
But what is behind this plan of "tension reduction" taking into account that the pressure was carefully built till now as the main leverage for a peaceful blocking of Russian aggression?

In fact, this is another Putin's diversion, whose purpose is to divide western countries, destroy their ability to design common response to the Russian aggression and deprive Ukraine of the Western support during the NATO Summit. This is a second time when Moscow uses the same trick against both Ukraine and the West.
At the NATO summit in 2014 due to surprise intervention of Putin Ukraine instead of the western consolidated support received the Minsk agreement, drawn by Surkov exclusively in Russian interests. Ukraine has lost a unique opportunity to mobilize Western support, that then was more than real. And Putin was well aware of this.
This is the moment when the response to the developments in Eastern Ukraine went in the wrong direction, what left demoralized NATO and Ukraine without the Western support. It was pure propaganda, diplomatic and military victory for Putin. Instead of recognizing the Russian military aggression against Ukraine Moscow managed to impose its own "parallel reality',  where Russia is a peacemaker, and Ukraine is an "aggressor" against its own people, which has to make the unilateral concessions.
Now the situation repeats itself - Putin masterfully tries to use Poroshenko and the West in Russia's favor in order to prevent the consolidation of the Western position at the NATO Summit.
Consolidated NATO support (even symbolical) would allow Ukraine to negotiate with Russia from a position of strength and to get Russia to make concessions and to reverse its aggression. And this is exactly what Russia is trying to avoid.
By implementing this diversion Putin actually removes Ukraine issue from the NATO Summit agenda in exchange for air - some false promises, which Russia does not plan to fulfill. Thus Putin would manage to incline the balance of power in Russia's favor, to block NATO"s ability for any consolidated response and to demoralize Western defense capabilities. And all of this Putin plans to achieve without any shot.

The role of Germany in this Putin's combination, introduced by Steinmeier - an ally of Gazprom's employee Schroeder, is secondary. This is the role of an instrument in the hands of the Russian president.