Everyone wondered how Russia would respond to Ukraine’s attempt at gas independence. But this is what happens when you mess with Gazprom. 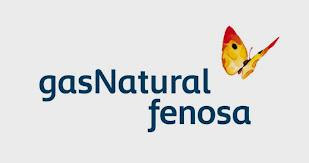 Related Articles:
Certainly the folks at Gazprom are having a good snicker, reveling in the mockery that has been made of what should have been a landmark Ukraine-Spain gas deal that would have loosened Russia’s gas grip on Kiev.
It was a horrible moment for Ukraine on Monday—all the more horrible because the whole event was televised—when the historical $1.1 billion deal it was about to sign with Spain’s Gas Natural Fenosa turned out to be fake.
Why was the deal historical? It would have secured $1.1 billion in investment for the construction of Ukraine’s first liquid natural gas (LNG) terminal on the Black Sea and a pipeline connecting the country’s vast gas network to the terminal.

More to the point, this would enable Ukraine to import by tanker up to 10 billion cubic meters of European gas at a price 20% cheaper than Gazprom. Even more to the point, it would be a major first step toward reducing Ukraine’s dependence on Russia.
Related Article: Europe Hot for Algerian Shale Gas
The deal was that investors had apparently signed agreements through a newly formed consortium for the construction of the $1.1 billion LNG terminal.
Here’s how the ill-fated signing ceremony went down:
While Ukrainian Prime Minister Mykola Azarov and Energy Minister Yuriy Boyko were cutting the ribbon on the construction of the terminal in a live televised ceremony, the country’s investment chief, Vladislav Kaskiv, was attending the official investment signing ceremony elsewhere, also via live video feed. This is where walls caved in very suddenly.
Signing on behalf of Fenosa was one Jordi Sarda Bonvehi. At the 11th hour, Fenosa let it be known that they have no idea who Bonvehi is and that he certainly does not represent the company in any way. Fenosa apparently had no idea it was signing a landmark agreement with Ukraine.
Kiev was necessarily taken aback, and Bonvehi remained conveniently silent at the signing ceremony once the news broke out.
Of course, what no one knows is how Ukrainian authorities were led to believe—during multiple rounds of negotiations—that Bonvehi was a Fenosa representative.
The story being bandied about by the authorities in Kiev is now that Bonvehi was under the impression that Fenosa would sign the deal with Ukraine and that he would be given the authority to sign the deal retroactively.
But Fenosa denies it has ever considered such a deal and continues to deny any relationship at all with Bonvehi.
So where does that leave us? It leaves Ukraine in the lurch. There is no way it can fund this terminal on its own, despite its claims to the contrary. We probably don’t have to look much further than Gazprom and the Ukrainian oligarchy to find where this beautifully crafted charade was hatched.
In the meantime, Bonvehi—if such a person of that name even exists—remains elusive. No one knows who he really is or who he really works for.
More than anything, it’s an advertisement for due diligence.
By. Jen Alic of Oilprice.com