Could be 'Russian trace' behind Ukrainian plane downing? 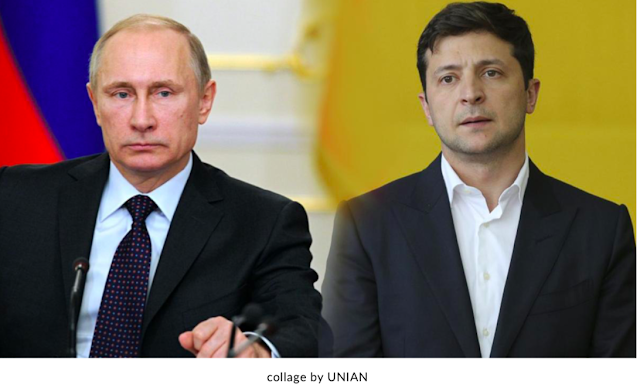 The often asked question lately could be ‘Russian trace’ behind downing Ukrainian plane?
While Iranians don't have a reason to hit a Ukrainian plane Russia's does have a clear motive. Therefore. the “Russian trace” should not be discarded.
Since 2013, Russia methodically pressurizes Ukraine into obedience by different military and terrorist means, using a false flag operation approach. The downing of the Ukrainian plane in Baghdad could be another false flag operation meant to increase pressure on Ukraine and personally on Ukrainian President Volodymyr Zelensky.
The owner of the downed aircraft is a Ukrainian oligarch and one of Zelensky's close allies and sponsor of his campaign Kolomoisky. Downing the plane is a kind of threat to both Zelensky and Kolomoisky of what they should expect if they don't obey to Russia.
In the first week of January, in Oman Zelensky continued intense negotiations with Russians, presumably with Surkov, started in Paris in the Normandy format. It looks like Zelensky has disappointed both Putin in Paris and Surkov in Oman by rejecting their exaggerated demands.
Previously Zelensky has voiced his inclination to one-sided concessions to Russians which were seen by them as a weakness. Putin decided that increased pressure on Zelensky could break his will to oppose Russia.
By destroying Kolomoisky's valuable asset Putin intended to weaken Zelensky, as weakening of his supporter should make him less independent and more vulnerable to Russian influence.
The downing was produced in such a way that it allowed claiming the pilot's error or malfunctioning of the plane. For their terrorist attack  Russians used the chaotic conflict between Iran and the U.S.
The terrorist attack has happened after Putin's and Shoigu visit to Syria on the 7th of January, where they had a meeting with the Iranian military accompanied by their Russian instructors.
Russia-produced weaponry in Iran is served by Russian instructors. Thus, it was quite easy for them to down the plane and to stage this shooting as an "unintended mistake". Iranians could be even not aware that they were simply used by Russians as a false flag and do believe that there really was an unintentional shooting.
Therefore, both the denial by Iran of shooting and its later acceptance could be genuine. However, the shooting happened at their territory and, whatever the circumstances, they do are responsible for it.
The proof that the downing was intended and premeditated is the video of the crash of the plane. It starts exactly when the shooting occurred, continues with the missile damaging the plane and finishes after the downing of the plane.
The shooting of the video in the precise moment of the attack was not a coincidence. Moreover, it was made as a report on the accomplishment of the operation. Later, the video was leaked to the Telegram and became a piece of evidence.
Another proof of premeditated nature of plane downing is another video, a doctored one, which was spread soon after the crash. It should prove that the downing was the result of either pilot's mistake or of defective state of the plane, not of hitting by a missile.
There are more precedents of Russian downing of foreign planes. one of them is downing of the plane of the President of Poland Kachinsky in 2010, which beheaded the Polish elite. However, the case was not investigated properly until today. Another case is downing of passenger plane NH17 by Russian military in Russia-occupied Donbas in 2014. The case also was not investigated properly as the real perpetrators were not even named.
The impunity of previous cases let Russia use the similar terrorist attack again, this time in Baghdad. If the case will be buried in the name of political expedience, as previous ones, there will be more such cases in the future. And the acting politicians will be responsible for them.