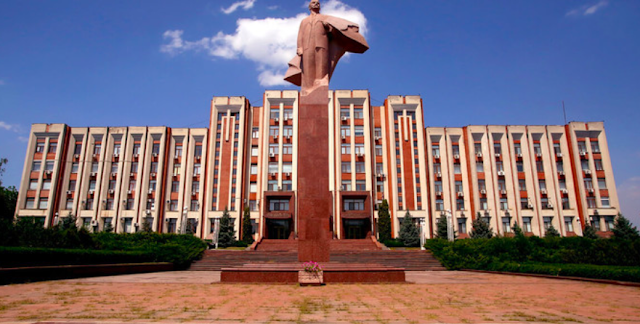 The victory of the pro-Moscow candidate Igor Dodon in the Presidential election in Moldova is not only the EU's loss of the popularity contest to Russia but a sign of a complete failure of the EU policy in the region.

The EU loses its position despite the fact that it not only offers a massive amount of aid to the country but pays a significant part of its budget. However, the public either does not know about this or sees this as a bribing of Moldovan authorities by the EU bureaucrats as Russian propaganda touts this.
During the last decade, Moscow runs a relentless disinformation campaign in Moldova, but there are no signs of informing the public about the EU assistance, neither by the EU nor by the Moldovan authorities.

Moreover, the money paid by the EU for years for the construction and renovation of kindergartens, hospitals, and schools in Transnistria (not in Moldova!) is attributed by the locals to Moscow and seen as Russian investment in the development of the region.

Both the population in Transnistria and in Moldova are sure that this is Moscow's support for Transnistria as the region is the territory occupied by Russia what was recognized by the ECHR. The presence of the 14th Russian Army makes Transnistria Russia's military outpost in Europe.

EU's financial assistance to the breakaway region paradoxically is one of the reasons why Moldovans want "more Russia" in Moldova and vote for Dodon, who promised to bring more of Russian help. On the opposite side, the EU got an image of the force corrupting authorities but don't help the population in Moldova. Strangely, the EU contribution to Transnistria development instead of making Moldova more attractive for the Moldovans from Transnistria played exactly into Russian hands.

If a couple of years ago the majority of Moldovans favored European integration. Lately, getting closer to Russia favors about 50 percent of Moldova.

Furthermore, after obtaining such a success in Moldova and Transnistria Moscow tries to impose the same model on the occupied territories in Ukraine. Russia would like to preserve its military and administrative power In Donbas but making Europeans to pay for the reconstruction of the Donbas region, occupied by the Russian military.

The logic is simple - if this scheme works for Russia in Transnistria and Moldova, why not impose the same scheme on Ukraine?

Transnistization scheme as inspiration for Russia to occupy Donbas

The corrupt "Transnistrian scheme" from the start was a model, which Moscow conceived as the basis for Moscow's plan for Donbas. In fact, the Donbas military campaign was initiated to impose the Transnistrization model to Ukraine.  Without the existence of such a model in Moldova Moscow would never occupy Donbas.

The Transnistrian model is exactly what provides the Minsk agreement - legalization of the Russian military base in Ukraine, assuring its funding by the Western donors with gradual "Transnistrisation" of the whole Ukraine as this happened in Moldova.

Another Moldovan scheme which Moscow failed to impose on Moldova but still intends to implement it in Ukraine is the Memorandum Kozak scheme. Russia created to would-be republics on the East of Ukraine in order to federalize Ukraine and impose equal rights on all three entities that would make the rest of Ukraine to lose in score 1: 2 to two artificially created by Moscow republics.
In Moldova, the same scheme was achieved by creating three subjects of the federation including two pro-Russian entities Transnistria and Gagauzia against one Moldova. In Moldova, the deal has failed at the last moment, but why not try the same trick in Ukraine?
No comments: